WriteFreely is under much more active development than Plume was over the past months… or years. It even comes with mobile apps (paid tho).
Of course, one appealing factor of Plume is how clean the interface is – especially the discover page.

The (seemingly only) overview page on WriteFreely:

WriteFreely explore page. There seems to only be a mix of local and federated posts.

I can and will try to make it less like a simple list and modify it to look similar to read.write.as. Possibly still not as nice, but maybe functional enough. Blogs can have custom CSS, which some of you might want to consider.

One interesting feature seems to be Web Monetization. It might be disabled at the beginning tho, because if enabled, saving changes to your blogs will fail unless WM is set up. 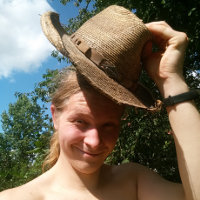 @Milan maybe keep as it is?